Little girl who gave everything 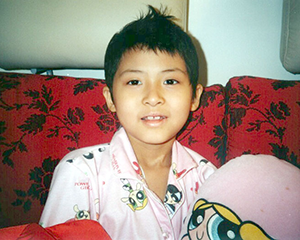 “She was in a lot of pain,” her grieving father James Lee said yesterday. “But as she spoke you could see the smile spread across her face. She was proud that even though she was paying the ultimate sacrifice with her life, her story had touched so many hearts and would help so many others.”

Chelsea, 7, shot to stardom when she told RTHK during a live interview last month of her battle with cancer, chemotherapy and the amputation of her leg.

Her story touched the heart of many of hong Kong people and prompted the patriarch of a wealthy but anonymous local Chinese family, who broke down in tears as he heard her brave voice echoing on the radio, to donate $1 million to charity.

The only child of Mr Lee, 40, and wife Melissa Tang, Chelsea died on December 20 after a two-year battle with the cancer that riddled her bones before claiming her lungs.

“Her loss … it is very painful inside,” said Mr Lee. “During her last days on earth she helped other kids and other people and united a family with her fighting spirit.

“She was sent a bunch of flowers saying she was Hong Kong’s million-dollar girl and I know she took a great deal of pride from that. 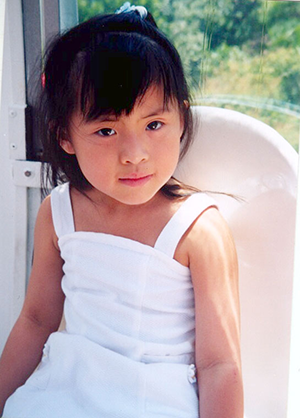 “But Chelsea was such a strong-minded girl and a warm-hearted person and obviously that touched that wealthy family very deeply.

“I can only guess that my daughter gave out the message that there are a lot of children in need.

“There are a lot of kind-hearted people in Hong Kong who are willing to help out.”

Before she died Chelsea was granted her wish by the Make-A-Wish Foundation to meet pop stars The Twins.

RTHK head of Radio 3, Bryan Curtis, who knows the wealthy family who donated the million but is sworn to secrecy to protect their anonymity, said Chelsea’s story embodied the spirit of the Operation Santa Claus appeal.

“Chelsea Lee was a typical seven-year-old looking to celebrate Christmas with her family but unfortunately she did not make it,” he said.

“But before she died she told her story to bring some cheer to the lives of other sick children.”